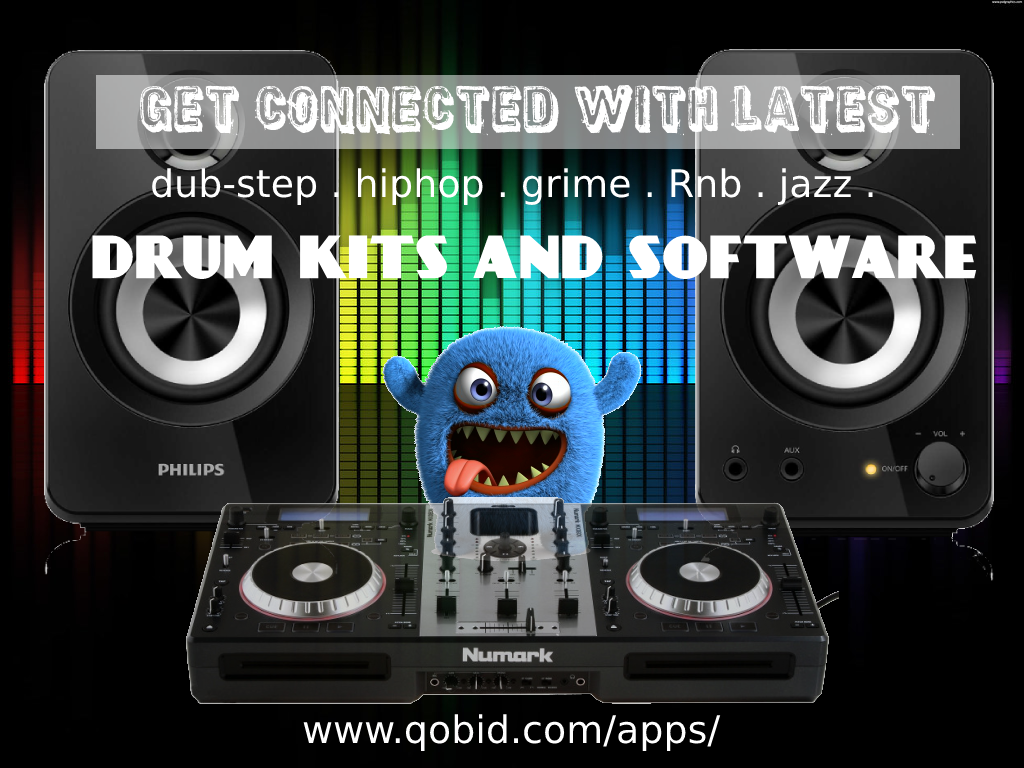 How could this not be included on a list of the best apps when it comes to creating music? Garageband has been a staple for literally millions of musicians for years now, and as people have migrated from computers to their phones, the company has followed. When you search for Garageband in the app store on iOs, Apple has highlighted its own creation as an “essential,” and while it would be fair to normally be suspicious of such a promotion, this time, the label is actually appropriate. If you’ve already used Garageband on your Mac, download it onto your iPhone and keep the music production going.

Sometimes you have some really great words in front of you, but what you read doesn’t quite make a song. If you need a bit of help moving things along, try Songify, which turns whatever you say (the keyword here being “say,” not “sing”) into music. It might not get you anywhere, but if you are really, truly stuck, give this free program a try. You could wind up with something you never would have even considered on your own.

Cell phones can be used for pretty much anything these days, and if you have the right program on your device, you can make some pretty stellar tunes.

It might not be free, but it’s a music-making app from the legendary company Moog, so can you really argue with it? The first app from the musical titan, Animoog is described by Moog itself as the “first professional synthesizer” for all iOs devices. That sentence and the fact this comes from Moog should entice you enough to shell out the $6 it costs to download this program and give it a whirl. If you’re already using Moog products, this won’t be too difficult to pick up, though of course there is always a bit of a learning curve when it comes to a new app. But hey, you already know the sounds and how to use them, so this is a semi-safe bet when it comes to which app will have you creating real songs in no time.

Remember a few years ago when virtual alternative dance band Gorillaz came out of nowhere with their album The Fall? The record was released just one year after their critically-acclaimed full-length Plastic Beach, which is surprising for the group, as usually, they needed a few years in between albums. Part of the reason why The Fall’s drop may have been pushed up was because it was very clear the band’s frontman, legendary rocker Damon Albarn, wanted to claim the distinction of having produced and released the first album created entirely on an iPad. Well, this is the app he managed said feat with. Since then, Korg (also a power player already in the instrument industry) has released a special version that features all things Gorillaz. I’d suggest sticking with the original, but if you’re a huge fan of the band, go for the special edition.

At first glance, this free app sounds like nothing more than a memo-taking program, but it does so much more and in no time you could soon find yourself visiting and revisiting this app as you start creating new tracks from scratch. Music Memos lets you record snippets of ideas for future compositions as they pop into your head. Those could be vocals, pieces of guitar, piano, or so on. From there, you can name everything, tag it, and perhaps most importantly, rate them. That lets you immediately identify which ideas you want to focus on when you return to them later. The app also allows you to hear what your brilliant new idea might sound like with a lush orchestral backing track, perhaps a drum, or maybe even more bass. This will help you when it comes to ranking everything, and before you know it, you may have hundreds of ideas, but just a few on their way to becoming finalized songs.

If you’ve never tried to make music on your phone, it can be pretty intimidating when you begin, but stick with it, and you’ll find yourself crafting snippets of new songs and some really catchy bits wherever you go, whenever you have a spare moment.

This app may only be available for Android users, but there are so many other fantastic options exclusive to iOs, let’s just give this one to the Android fans. This app is loaded with features (as are hundreds of others), but the full list of what this program offers seems to be longer than any other I noticed. I don’t even fully understand some of them, which just means there is a lot to discover and learn here. One item I found particularly interesting was the ability to search lyrics with an integration with a company called Musixmatch. Every musician has had a difficult time finding the perfect words at some point in their career, and even if this feature only helps once, that’s still enough to make it worthy of your time.

The name may sound strange, but this app is also easy to add to this list, based solely on its association with another incredibly well-trafficked program. Propellerhead is behind Reason, which is one of the most popular music-making pieces of software in existence. This version, which is its own thing entirely (but you know must be good if it’s connected in any way to Reason) is free, so why wouldn’t you try it out? It’s rather simple, but sometimes having too many options can stifle true creativity and be overwhelming.

According to a number of reviews, WaveMachine Labs Auria Pro is the closest thing you’re going to find on a phone that looks like what you’re doing on your computer. In fact, a number of people have claimed this is not just the best product they have used, but also the most ambitious. There are literally no restrictions when it comes to what you can do with this app, but the phenomenal functionality does come with some downsides.

The download comes at a hefty price and one which may scare many musicians away. The app costs $50 which seems extravagant for something housed solely on an iPhone or iPad, but considering how much it can do, this figure is still something of a steal. In addition to the monetary restriction, this app is not for beginners, and if you’re not used to creating music on your phone, it might not be a good fit for you. I’d suggest working with other, perhaps free options (some of which are on this list) to get the feel for working on such a small screen. Once you’ve become more familiar and used to making finished tracks on your mobile phone, think about moving up the ranks and investing in this option.

In doing my research for this piece, this app’s name kept coming up, so I decided to check it out. It’s incredibly simple to figure out from the beginning, which is a lot more than I can say for many other mobile-first music creators. One issue many of these apps have is they are complicated, and they take so long to learn where everything is that the setup time can truly be prohibitive.

Caustic starts you out with easy-to-use presets and effects, and while those may seem basic, you can still actually do something with them (or at least have a lot of fun). From there, the possibilities are endless, and while this may be the case with many an option, this one gets you to that point much faster.

If you’re not liking the sound of the effects and presets, keep this one user’s review in mind: “There are deep sound design possibilities but the fx are so good you could get by just with presets and fx.”

Okay, this one is not nearly as serious as the others I’ve listed, but it’s worth downloading and playing with, and you never know, it might actually come in handy. The app takes vocals, be they spoken, sung, or rapped, and fits them onto beats in a way a novice rapper might not be able to. Will it turn you into a chart-topping rapper? No, absolutely not, but it could help you learn a thing or two about rhythm, and it may be useful when it comes to adding a rap verse to a track that could use a little something extra.

People have a difficult time shelling out any amount of money when it comes to most apps, so many have probably turned away from signing up for this top-notch option. At $30, it can be tough to justify for many of those with extremely limited funds, but it’s also one of the best choices out there and it’s backed by a fantastic name…so when the money is there, it’s worth it. Cubasis is the mobile form of Cubase, a popular application for computers that has earned its success over the years. The mobile version has literally everything you could want and more, so that also means it might be too much for a newcomer to handle.

Hungry for more awesome music-making apps? Check out our pieces on the Best Music-Making Apps for Android and Best DAWs for Apple iPad and iOS.

Course For FL Studio Workflows
ASK Video
FL Studio is very unique and quite different from other DAWs. It offers many innovative features that make it ideal for producing electronic music. In this course, FL Studio expert Rishabh Rajan opens his bag of secrets to help you master this fantastic DAW.