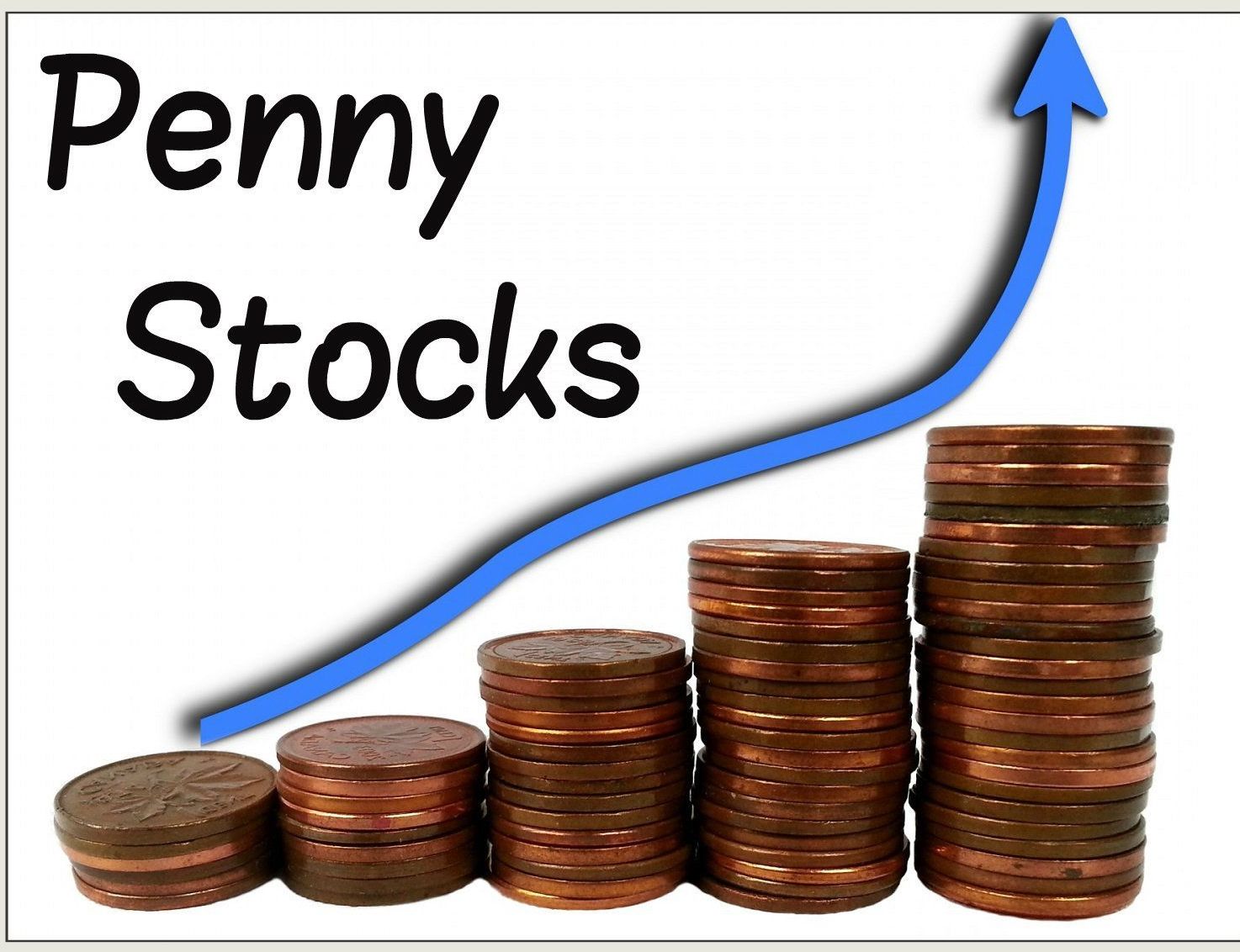 What is a penny stocks?

A Penny stocks are usually a share that has a price value under £1 or in some cases under a( 1p) .  These are usually  company’s that are low-valued on the stock exchange these are sometimes higher risk  company’s  but sometimes with great risk comes great rewards  to traders and traders alike.

choosing the right penny stocks could double your money in day!

if common share is in its momentum stages,and is starting to get a lot of blog hype  all over the internet  then you could stand to make a pretty Penney .With that being said  making a profit doesn’t come easy theirs a lot of research involved and a lot of impulsive decisions to make with high stakes and risks .

how do i choose the right penny stock ?

from blue chip company’s to new start up company’s  theirs a lot to choose from ! whether its  word of mouth or blog media hype, there always some type of ramping going on in the investment world. you can always do some reasearch to which companys stocks are looking bullish or bearish or in there momentum stages .

where can i find information on stocks that might  be ready to sky rocket ?

There are many websites and search engines that offer the ability to check a company’s stocks status ! from google stock sreener to yahoo stock screener here you can check (RNS news  news about a certain company trade history even  the company’s financial status check charts and pips look for any indicators and signals that could tell you when a stock is about to plummet or  sky rocket.

the early bird catches the worm! and yes indeed with everything in life’  first come first serve ! if get in early to buy low and sell high then your on the right track

Eurasia Mining has reported the largest gains in share price of any UK-listed penny stock over the past three months (and for 2019 as a whole). Shares spiked after the company announced that two major investment banks – China’s CITIC and Russia’s VTB Capital – were helping the company explore the ‘strategic options’ it has for its mining assets that lie in Russia.

This includes the potential sale of its Kola and Urals assets that, if completed, would turn the miner into a cash shell. News on this front has been slow since late October but a possible sale is still on the cards. The two banks will only be paid if they are successful in finding a suitable deal, which makes it more likely.

Oracle Power shares started to gain momentum in mid-December when the company announced it had signed a major deal with two formidable partners to develop its coal mine and adjoining power plant in Pakistan. It has struck a deal with a subsidiary of one of the world’s largest energy companies, China Coal, and The Private Office of HH Sheik Ahmed Dalmook Juma AL Maktoum, owned by the company’s aforementioned member of the UAE’s royal family.

The joint development agreement followed on from the project being named as a priority project in the China-Pakistan Economic Corridor agreement struck between the two countries. China Coal, which will own 73% of the project, will be responsible for raising the funding needed while The Private Office, owning 15% (leaving Oracle with the remaining 12%), will help Oracle get in front of the people it needs to get it approved by regulators and ministers. It is still early days for the project, but the company has the support it needs to install long-term confidence behind it.

Early investors in AFC Energy have been rewarded as the stock has managed to largely maintain sharp gains in early November, prompted by the company unveiling its inaugural range of products following years of research and development.

It said its alkaline fuel cell technology ‘has become synonymous with low cost, high efficiency, and fuel tolerant hydrogen power generators’, which can be used for things like hydrogen-fuelled charging stations for electric vehicles. It has since released further good news, including details on how some of its technology can be used in more applications beyond fuel cells, giving the company further upside potential.

Intercede Group shares have gained ground since the company announced it had managed to book a small operating profit in the six months to the end of September 2019 for the first time in six years. Revenues rose 5% and costs fell by 9%, while cash generation picked up to bolster the amount of cash in the bank.

This has been largely down to the release of a more scalable version of its ID and cybersecurity software that has allowed it to target a larger market. It is yet to release an update, but shareholders are hoping this is the start of something big. Chairman Chuck Pol said the first-half (H1) results ‘do not represent the full story of the progress that has been made to refocus the group’s strategy towards sustainable revenue growth and profitability’.

KEFI Minerals shares rallied in early November after the company said the Ethiopian government had finally given it the all-clear to secure investment into its flagship project after being hit by delays caused by ‘administrative arrangements’. The government and KEFI’s partner, ANS Mining, are ploughing money into the Tulu Kapi gold project, which looks set to be highly profitable considering it forecasts its open-pit operation will have all-in sustaining costs of just $800 per ounce – with gold prices currently north of $1500.

It is hoping to produce 140,000 ounces annually for seven years to tap its 1.1 million ounces of reserves, and said the project could be the single largest-export for the country. The stock has government support and looks to be bringing a major new project in development at the right time based on the current gold price. Plus, it has an earlier stage gold and metals project in Saudi Arabia which gives the stock further potential going forward.

Richland Resources shares rallied in December as the company finalised a deal to sell its Capricorn Sapphire project in Australia. A company named Fura Gems purchased the project at the end of December after exercising an option, which saw it pay $1.25 million – $880,000 of which was used to repay lenders. This has left Richland as a cash shell with no material assets.

This means it has to complete a reverse takeover of a new business within the next six months (before the end of June 2020) or it could turn itself into an investment company if it can raise at least £6 million in fresh capital. Richland is searching for a new opportunity after raiding £150,000 in a placing at a price of 0.1p, stating it is ‘seeking to identify a suitable reverse takeover transaction in the mining sector’.

Investors in Image Scan Holdings have shown belief in the company’s prospects this year after delivering mixed results in the 12 months to the end of September 2019. The company’s sales dropped by almost one-third and it turned to a loss, but its order book more than tripled, margins improved and it secured new contracts that have given it a solid foundation to build on in the new financial year, including an £800,000 deal for its ThreatScan portable X-ray systems with an unnamed European country.

Chairman and chief executive Bill Mawer said in early December, when the annual results were released, that: ‘It is disappointing to be reporting a decline in sales and profits. However, while the portable X-ray market has undoubtably become more competitive, recent orders show that our strong product range and focused international sales activity can still deliver. I am pleased to report that we start the new financial year with an order book that includes more portable systems than were delivered in all of last year.’

Infrastructure India shares jumped higher in the run-up to the release of its interim results in mid-December. The company said the value of its investments, all in infrastructure projects in India, had grown to nearly £260 million at the end of September 2019 from just £180 million a year earlier, pushing its net asset value up to 22p per share from 16p. Although this was partly driven by a stronger rupee versus the pound and lower yields on Indian bonds, it also said the outlook for its largest investment had improved. It said last year was a ‘period of investment’ but it is now looking to ‘commission, ramp up and complete all of its existing terminal facilities’ going forward.

Stanley Gibbons Group shares soared higher in December in the weeks after it released interim results that showed its turnaround strategy is starting to pay off.

The firm, known for selling collectables and high-value stamps, refinanced the business and launched a plan to transform the company nearly two years ago and said its results in the six months to the end of September 2019 were the first to ‘clearly show the progress which is being made’. Sales were up 34% year-on-year (YoY) and its loss from continuing operations was nearly three times as small as the year before as its legacy issues begin to fall away. ‘While most of the legacy issues are behind us we have not become complacent and recognise that there is still a lot to do to rebuild trust from our clients and the market,’ said chairman Harry Wilson. ‘The collectibles market for stamps and coins has remained strong despite the economic uncertainties elsewhere and we have two of the strongest brands in the world to take advantage of this.’ This is a stock in recovery mode that is hoping to reap the rewards of its heavy investment and restructuring in recent years.

Dillistone Group is another stock that is hoping to recover after restructuring the business.

The company, which provides software to the recruitment industry, has been integrating its business units so they work closer together and relocating major operations out of London and into Basingstoke to help reduce costs. Dillistone has said its two largest divisions, Dillistone Systems and Voyager Software, will return to profit in 2019 and that GatedTalent will report a narrower loss on higher revenue. However, it said overall revenue will be below expectations and that it will stay in the red in the year to the end of December 2019, partly because of ‘the continuing uncertainty over Brexit in the UK and ongoing economic uncertainty in the wider world’. Shares gained momentum as the UK general election drew to a close, installing some certainty over where Brexit is headed. Shareholders can expect an improvement in results when it releases its 2019 earnings, but they are waiting for the rewards of its efforts to start coming through in 2020.