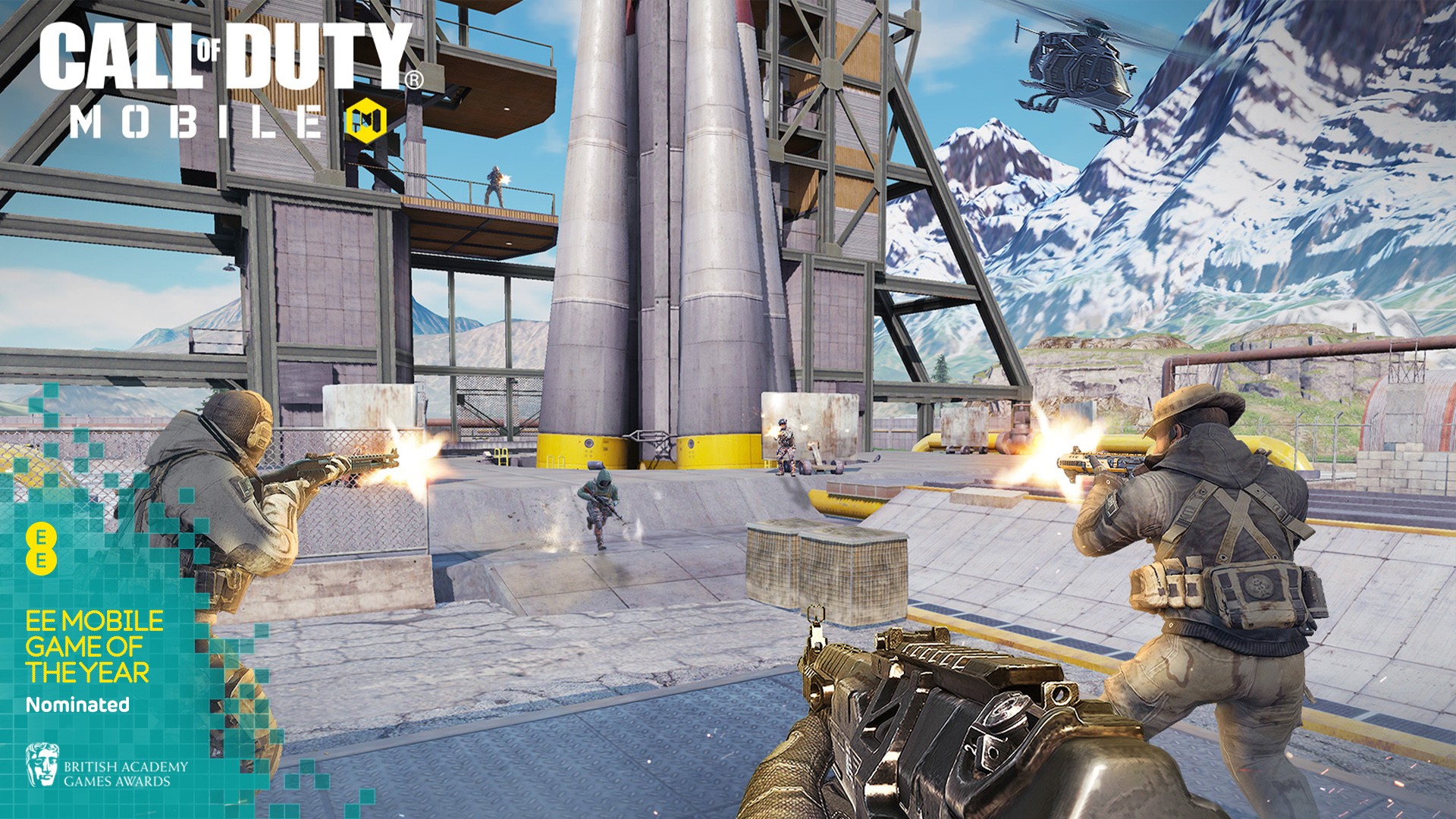 Thursday 2nd April 2020: Tonight, Call of Duty: Mobile won the EE Mobile Game of The Year award at the British Academy Games Awards, with the winner being announced via live-stream across social and media platforms, as BAFTA held the BAFTA Games Awards as an online-only event for the first time.

The digital ceremony saw thousands of viewers tune in to watch Call of Duty: Mobile take home the EE Mobile Game of The Year Award, beating nominees Assemble With Care, Dead Man’s Phone, Pokémon Go, Tangle Tower and What The Golf?. The award recognises the game that offers the best mobile experience and is the only award voted for by the public. The award was presented by YouTube Gaming Stars Ali-A and Clare.

The event was hosted by Dara O’Briain and live streamed on Thursday 2nd April across online and social platforms, which included the announcements for the winners for all categories, along with acceptance speeches and a ‘year in games’ highlight reel for those tuning in.

Call of Duty: Mobile was one of six outstanding games nominated in recognition of their innovative online offering and the impact they have had upon the public and games industry alike.

CALL OF DUTY: MOBILE is a multiplayer game from Activision, that allows you to fight across iconic maps and play fan-favourite modes as you strive to be the best in the world. The basis of the game is heart-pumping head-to-head multiplayer modes, which allows you to play several classic maps and modes from across Call of Duty franchises, including Call of Duty: Black Ops and the original Modern Warfare series.

Dr Jo Twist OBE, Chair of Games Committee at BAFTA, said: “For the second year running, we have been able to give games fans the chance to vote for the winner of the EE Mobile Game of The Year award, and well done to Call of Duty: Mobile for winning the public vote. It is fantastic that we can celebrate the talent in the games industry and congratulate their efforts. Each year the games sector goes from strength to strength and being able to host the ceremony live online during the current climate, ensures those staying at home do not miss out and we can still celebrate the industry together.”

Pete Jeavons, Director of Brand Marketing at EE, said: “Congratulations to Call of Duty: Mobile for winning the EE Mobile Game of The Year Award, the only accolade at the BAFTA Games Awards voted by the public. The mobile gaming industry is moving at an exciting pace and needs a network capable of meeting these increasing demands. 5G will play a big role in this, ensuring that the millions of mobile games fans are fully equipped and able to play, wherever they are. We cannot wait to see what next year holds for mobile gaming!”